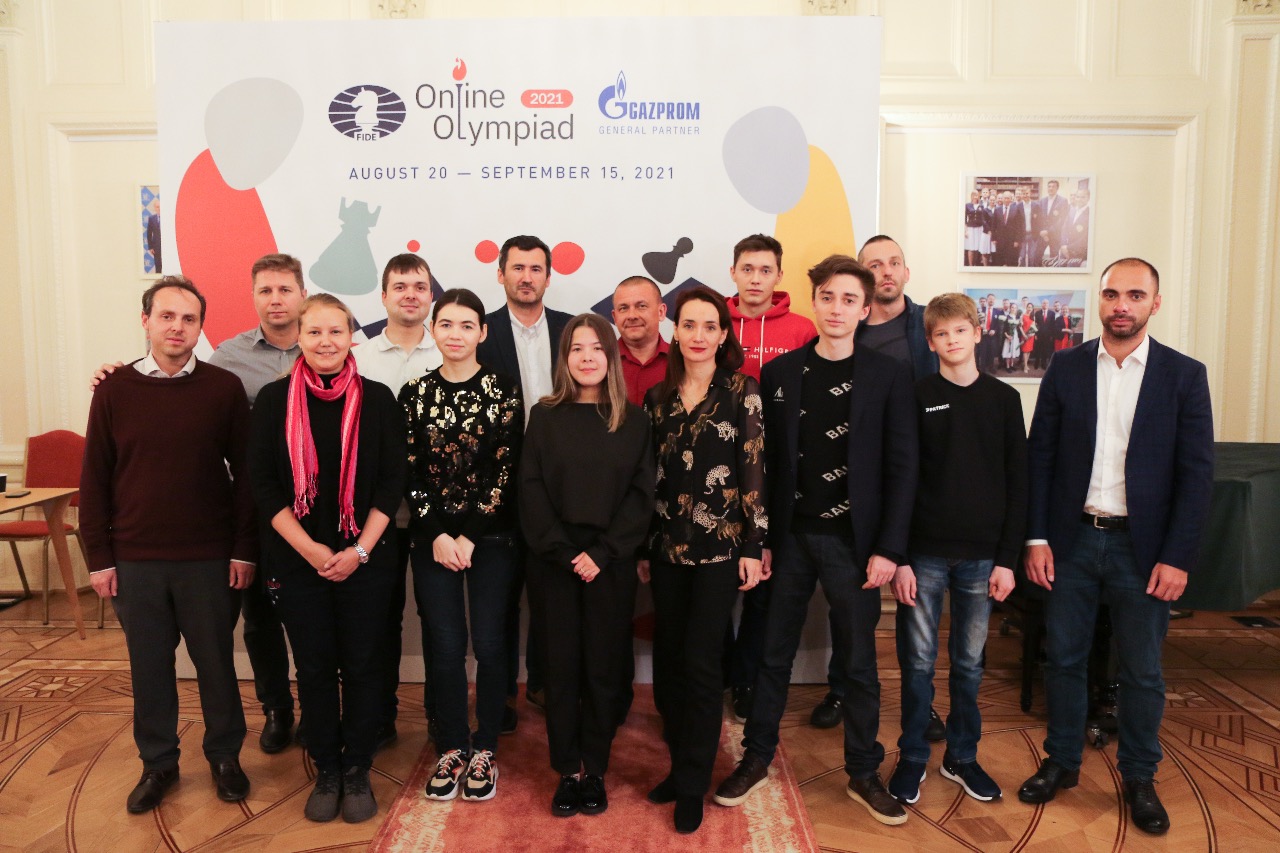 Team Russia took home the Gold Medal in the FIDE 2021 Online Olympiad after defeating Team USA (silver) by a double 3½-2½ this afternoon on the Chess.com online playing server.
As the results display, both matches were tremendously close, showing that these two teams clearly deserved to be in the final. Congratulations to semi-finalists and bronze medals China and India: both teams also played fantastic chess all week.

Russia has finally managed to get off their chest last year's result, when they were declared co-winners, after their opponent in that final – India – experienced important connectivity issues during the second match.

Everything ran very smoothly on both sides this year: team Russia playing from the Central Chess Club in Moscow and team USA spread around the American continent.

Team Russia in action from the Moscow Central Chess Club

Immediately after the match ended, USA captain IM John Donaldson sent a polite sportsmanlike message to the organizers: "Please extend the congratulations of the American captain and players to the Russian team on a match well played".


Although the USA managed to win one game in the first match (Awonder Liang defeated Andrey Episenko in both of their encounters), Russia responded strongly with two victories. Board two Vladislav Artemiev displayed excellent technique to defeat Ray Robson in a rook ending with an extra pawn, while Aleksandra Goryachkina checkmated Irina Krush.

In the diagram, White has just played 36.Rxd6. Even though her position is beyond repair, Krush missed the best Russian female player's conclusive reply.


The second match was also very close, both teams making some changes in their line-ups. Having lost the first match, the USA was not OK with a 3-3 tie in the second one, and that did seem to influence the final stage of the games: the players needed to take risks for the team.

Runners-up and silver medal for the United States of America

The first two boards ended in a draw, although Dariusz Swiercz might have missed some chances for the USA in a double-edged middlegame against Artemiev. However, the key game, and possibly one of the best of the whole event, was Alexandra Kosteniuk's fantastic win against Irina Krush.

In the diagram, White has sacrificed a piece but launched a fierce attack.

Leya Garifullina sealed the deal with a nice positional win on board six against Thalia Cervantes when only a draw was needed.

Pairings of the rounds, live games, PGN files and other useful information can be found on the FIDE Online Olympiad website. Please note that all results and standings remain provisional until the fair play panel submit its daily report.