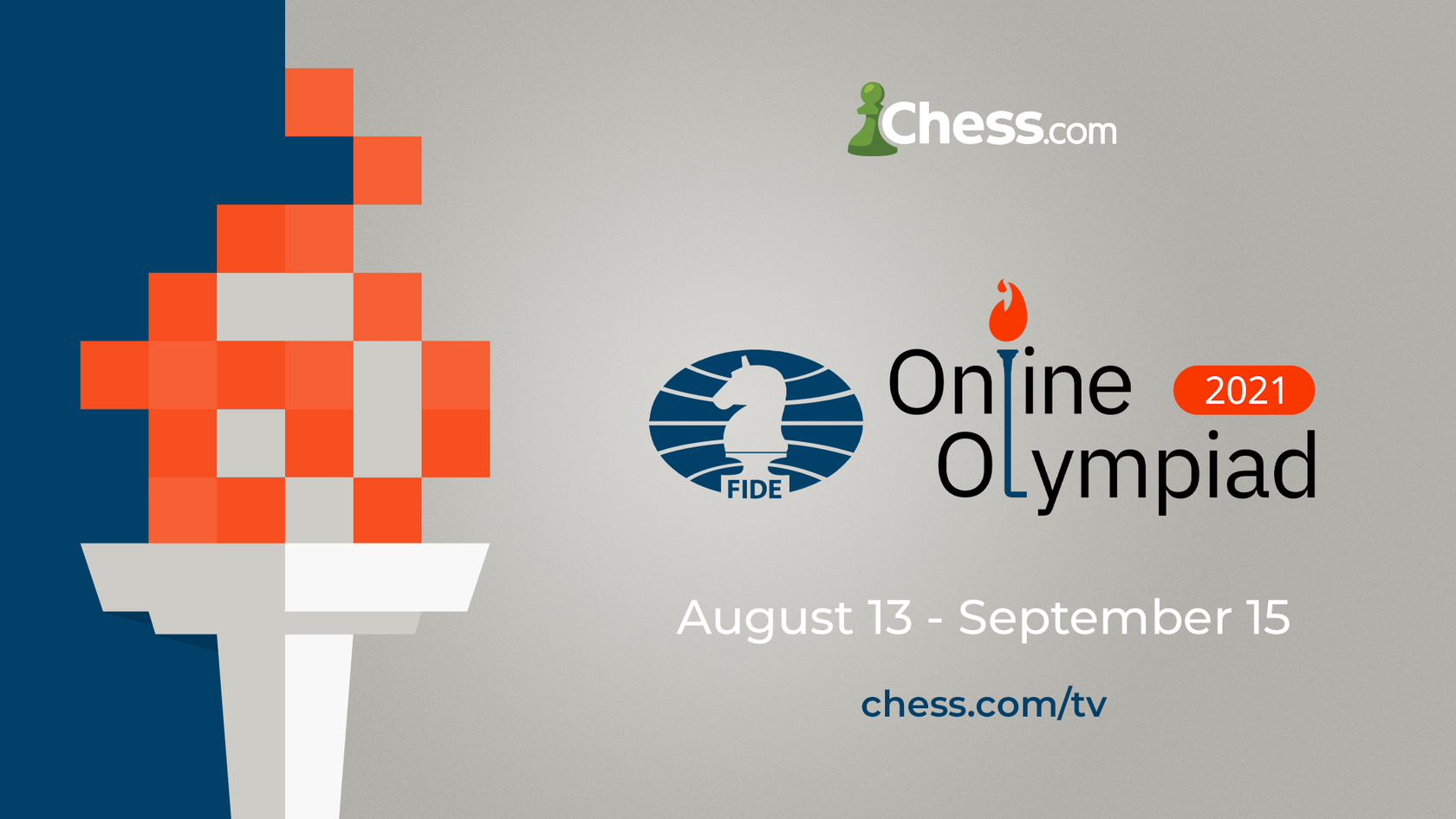 The International Chess Federation is excited to announce the FIDE Online Olympiad 2021, to be held between August 13 and September 15. The event will follow a format similar to one used last year, with member Federations being represented by their best players and top juniors. The national teams will compete in rapid chess matches played on six boards (see tournament regulations for details).

Chess.com will be again the hosting platform for this event that, on its inaugural edition, became one of the highlights of 2020. With more than 1,500 participants representing 163 national teams, it was a truly global competition, very much in the spirit of the traditional chess Olympiads. It helped our big chess family to unite around a wonderful event at a time of crisis, when it was most needed.

Once again, the event will consist of two stages: the “Divisions stage”, and the Play-offs stage with the top eight teams qualified from Stage 1 battling in knockout format. Usually, at live Olympiads, the teams that can’t boast of the world's best players in their lineups are not in the spotlight, as the general chess audience focuses on favorites. The unique format of the FIDE Online Olympiad gives us a chance to take a closer look at the teams bereft of chess stars but united by a sincere love for the game and a strong desire to develop and make progress. The qualifying format of tournaments in divisions also allows us to make some predictions and try to figure out the teams that will advance to the next stage.

The qualifying events will kick off on August 13. Top Division, featuring the strongest 25 seeded and 15 qualified teams, will begin on September 08. The decisive play-off stage is scheduled for September 13-15.

Each federation intending to take part in the FIDE Online Olympiad shall confirm its participation by July 31, 2021.

FIDE.com and the official website of the FIDE Online Olympiad will provide daily coverage of the event. The games will be broadcast live with multilingual expert commentary on the on the FIDE’s official Youtube channel and by Chess.com.